There are 8 of us.  I’m 2nd.  I have 4 brothers (Paul, Frank, John, Richard) and 3 sisters (Charlotte, Susan, Ann).  And you’re right – these are all solid old names… grin).  Our parents were both witty. Mom was hilarious, and Dad had such a quick wit.  They blessed us all with good humor and a love of laughter.

(Short parents, eh?  They both lived to be 95!)  We have MANY stories and jokes in our family where all we have to say is “That’s my specialty” or some other short code, and we all laugh. You probably have things similar in your family.

This story is about Paul (first-born) and Frank (fifth-born).  They both ended up at the Provo Temple one day several years ago.  (I hope this story won’t offend anyone).  Paul was just coming, and Frank was just leaving. Frank waited until Paul had left, then scooted his bag over on top of the next set of lockers.  He took a key from there and put it in the locker Paul had just left.  And then Frank left….  Can you already imagine what happened when Paul returned?  Here’s what happened:

Oh ye troublesome brother.  Why hast thou vexed thine elder brother in the temple of the Lord?  Hast thou not enough things on thy mind to keep thee busy?  And why hast thou caused thy elder brother to be of mind to consider himself diminishing in mental capacity?  Oh the pain of not finding one’s locker while patrons and Elders looked on.  And thoughts from bystanders, though not stated aloud with boldness, projected a state of dementia of thy elder brother.  Oh the pain of dealing momentarily with senility, only to find that one’s own flesh and blood could think up such skulduggery.  The misplaced temple suitcase, the patron’s key placed insidiously in thy brother’s locker.  Repent, oh ye, and be liken to thy older brother, never to have played out such acts upon even the least of these.  May thy holidays be filled with mischief on thyself, my younger brother, and may thy New Year be filled with time for thy sincere repentance!

O, My Brother, thou that dwellest in the mountains of Springville. I thank thee for thy E‑epistle to one as lowly and insignificant as thy younger brother.  Yea, when I receivedst thy E‑epistle, it maketh me to have a merry heart and a cheerful countenance, and doeth me good like a medicine. Yea, I laugheth! But, behold, my Brother, the Firstborn of our Father, how knowest thou that I have done this thing of which thou accuseth me?  Behold, my Brother, I perceive that thou art a prophet, for verily, I indeed doth this thing according to thy words. And I thinketh, How knowest thou that I have done this thing? But, Verily, doth not the scripture say: “If thy brother has ought against thee: go thy way and first be reconciled to thy brother”?  Behold, my Brother, I repent of the evil I have done unto thee – for my mirthfulness and my FRANKinnoncense. O, but behold, my Brother, after all, and nevertheless and notwithstanding, thou hast been, all these years, my mentor!  And as the scripture saith, “The younger brother can do nothing of himself, but what he seeth the older Brother do…” and, “He whom the younger brother lovest, he tricketh”. I bid thee farewell my Brother, whom I lovest. Adieu. 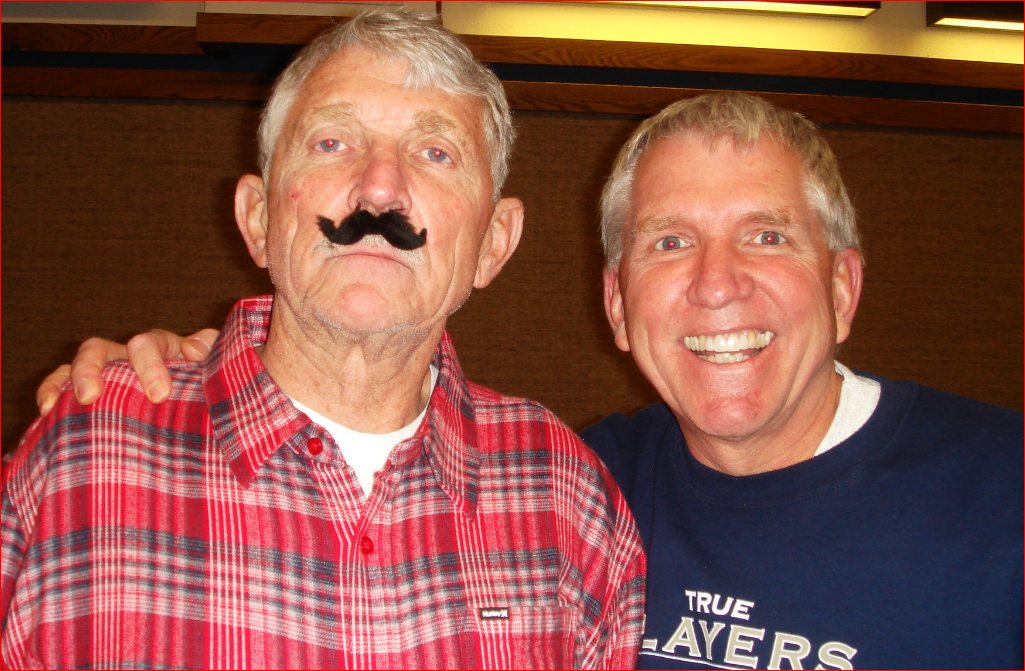 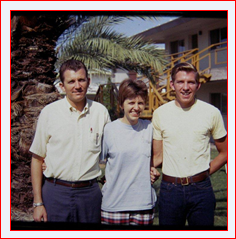 MEE with PAUL and FRANK quite a few years later 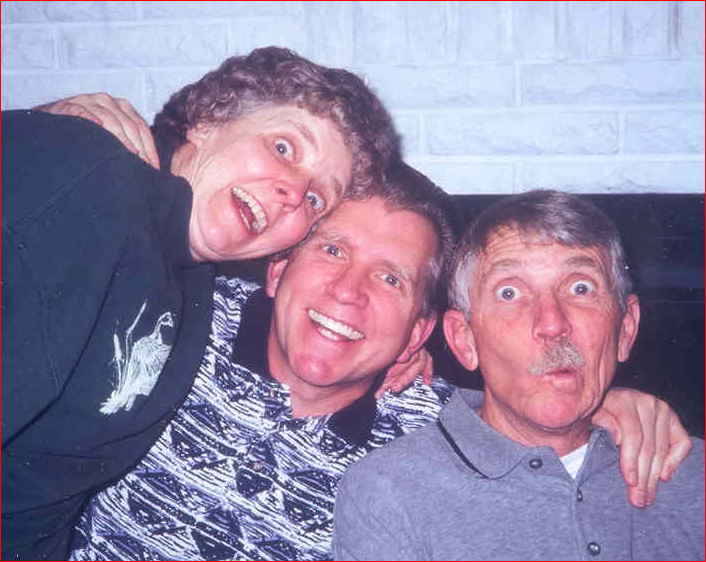 12 thoughts on “PAUL and FRANK”