Several years ago a friend and I were visiting Sweden (my sister and her husband were on a mission there) for the first time. We saw some very interesting and beautiful places. I was especially fascinated by a very old boat which was preserved in a climate-controlled “museum” kind of place. The boat was called the Vasa.

The King of Sweden, Gustavus Adolphus, ordered the ship to be built.  It was built at the Stockholm shipyard by Henrik Hybertsson, an experienced Dutch shipbuilder. It was to be one of the mightiest, most powerfully armed warships in the world. The ship was richly decorated.  Carvings were made separately in workshops and were later attached on the bow and round the high stern castle. There were carved gods, demons, kings, knights, warriors, cherubs, mermaids, weird animal shapes – all meant to scare the enemies and also symbolize power, courage and cruelty.

But the Vasa was dangerously unstable and top-heavy with too much weight in the upper structure of the hull. Nevertheless, the king was anxious to get the ship to its station as flagship, and at the same time the king’s subordinates lacked the courage to openly discuss the ships structural problems or to have the maiden voyage postponed. Sunday August 10 1628 was the day of the Vasa’s maiden voyage. The beaches around Stockholm were filled with spectators, among them foreign diplomats. The maiden voyage was to be an act of propaganda for the ambitious Swedish king. The Vasa set sail and fired a salute. But after only a few minutes of sailing, the ship began to heel over. She righted herself slightly, then heeled over again. Water started to gush in through the open gunports. And, to everyone’s horror and disbelief, the glorious and mighty warship suddenly sank! It had only gone a little over one nautical mile. It was determined that the main reason for the Vasa capsizing was that the ballast was not enough as counterweight to the guns, the upper hull, masts and sails of the ship.

The ship was located in the late 1950’s – over 3 centuries later! – and was recovered through a long, slow, careful process. Then came the work of conservation and restoration.  Thousands of artifacts were found in and around the Vasa’s hull, and many are displayed in the museum.  Six of the ten sails were recovered (they are the oldest sails on display in the world).

One of the thoughts which kept coming to my mind was the fact that the ship was “top-heavy.”  I kept thinking of the lesson in Jacob 5:47 where the lord of the vineyard grieves for the way his vineyard has been corrupted after all his work. In Jacob 5:48, the servant replies: “Is it not the loftiness of thy vineyard–have not the branches thereof overcome the roots which are good? And because the branches have overcome the roots thereof, behold they grew faster than the strength of the roots, taking strength unto themselves. Behold, I say, is not this the cause that the trees of thy vineyard have become corrupted?”  That’s one of the lessons which came to my mind as I surveyed what had once been a mighty warship.  I remembered that the lord of the vineyard and his servant made sure that “the root and the top [were] equal in strength” (Jacob 5:66), and “they did keep the root and the top thereof equal, according to the strength thereof.” (Jacob 5:73).

Then, a couple of Sundays ago, I happened to have BYU-TV on, and Elder Renlund was speaking. Lo and behold, he began to talk about the VASA!!! I was already “glued to the TV,” but now the glue pulled me even closer and tighter. I’m going to share part of his message (and I’ll give you the reference for the whole talk, which was fantastic) – I love the lessons HE drew from knowing about the VASA (much more than I did), with his Swedish background. 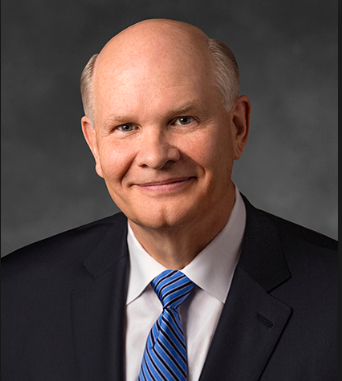 Let me begin by relating an obscure historical event, and then I will draw out some lessons that can be learned from this remote maritime misfortune. In the early seventeenth century, Sweden was a world power. Sweden’s king, Gustav II Adolf, commissioned a warship that would be christened the Vasa. The ship represented a substantial outlay of resources, particularly the oak from which the vessel would be built. Oak was so valuable that cutting down an oak tree without authorization was a capital offense. Gustav Adolf closely oversaw the construction process, attempting to ensure that the Vasa would fully realize his expectations. After construction had begun, Gustav Adolf ordered the Vasa to be made longer. Because the width supports had already been built from precious oak, the king directed the builders to increase the ship’s length without increasing its width. Although the shipwrights knew that doing so would compromise the Vasa’s seaworthiness, they were hesitant to tell the king something they knew he did not want to hear. They complied. Gustav Adolf also insisted that this ship have not simply the customary single deck of guns but cannons on three decks, with the heaviest cannons on the upper deck. Again, against their better judgment, the shipwrights complied. Over the course of several years, shipwrights, carpenters, rope makers, and others worked diligently to build the Vasa. Over one thousand oak trees were used to complete the ship. It had sixty-four cannons and masts taller than 150 feet. To give the ship the opulence befitting a king’s flagship, several hundred gilded and painted sculptures were added. On August 10, 1628, the Vasa began its maiden voyage. In view of countless spectators, the ship left its mooring directly below the royal castle in Stockholm. After being pulled along by anchors for the first several hundred feet, the Vasa left the shelter of the harbor. A stronger wind entered its sails, and the ship began to tip. The Vasa righted itself slightly, but only temporarily. Before long, as recorded by an observer, “she heeled right over and water gushed in through the gun ports until she slowly went to the bottom under sail. The Vasa’s maiden voyage was about 4,200 feet. The Vasa rested at the bottom of the Baltic Sea until it was recovered three centuries later in 1961. It was successfully raised from the seabed and towed back to Stockholm. Today the Vasa rests in a temperature- and humidity controlled museum in Djurgården, an island in central Stockholm. I have a model of the ship in my office at Church headquarters as a reminder of several lessons that underlie its short, tragic history.

Despite the Vasa’s magnificent appearance, the ship was not seaworthy. The alterations in its construction resulted in it not having sufficient lateral stability to enable safe seafaring. Gustav Adolf’s desire for an extravagant status symbol ruined the design of what would have been a magnificent sailing vessel, the mightiest warship of its time. The shipbuilders’ reluctance to speak up — their fear of the king’s displeasure — deprived the king of their knowledge and insight. All involved lost sight of the goals of the enterprise: to protect Sweden and to promote its interests abroad. A ship that attempts to defy the laws of physics is simply a boat that won’t float. For us to successfully navigate our mortal sojourn, we also need sufficient lateral stability — which is really spiritual stability — to confront crosswinds and crosscurrents, make the necessary turns, and return safely to our heavenly home. There are things we can do to increase our spiritual stability. There are also things we can do to diminish our spiritual stability. As our spiritual stability decreases, we predictably bring consequences on ourselves that could have been avoided. I will touch on four matters that help us build spiritual stability.

I very much enjoyed Elder Renlund’s whole talk and encourage you to “look it up” if you’d like to read it. Again: CONSTRUCTING SPIRITUAL STABILITY – ELDER DALE G. RENLUND – BYU DEVOTIONAL – 16 September 2014

4 thoughts on “The VASA”